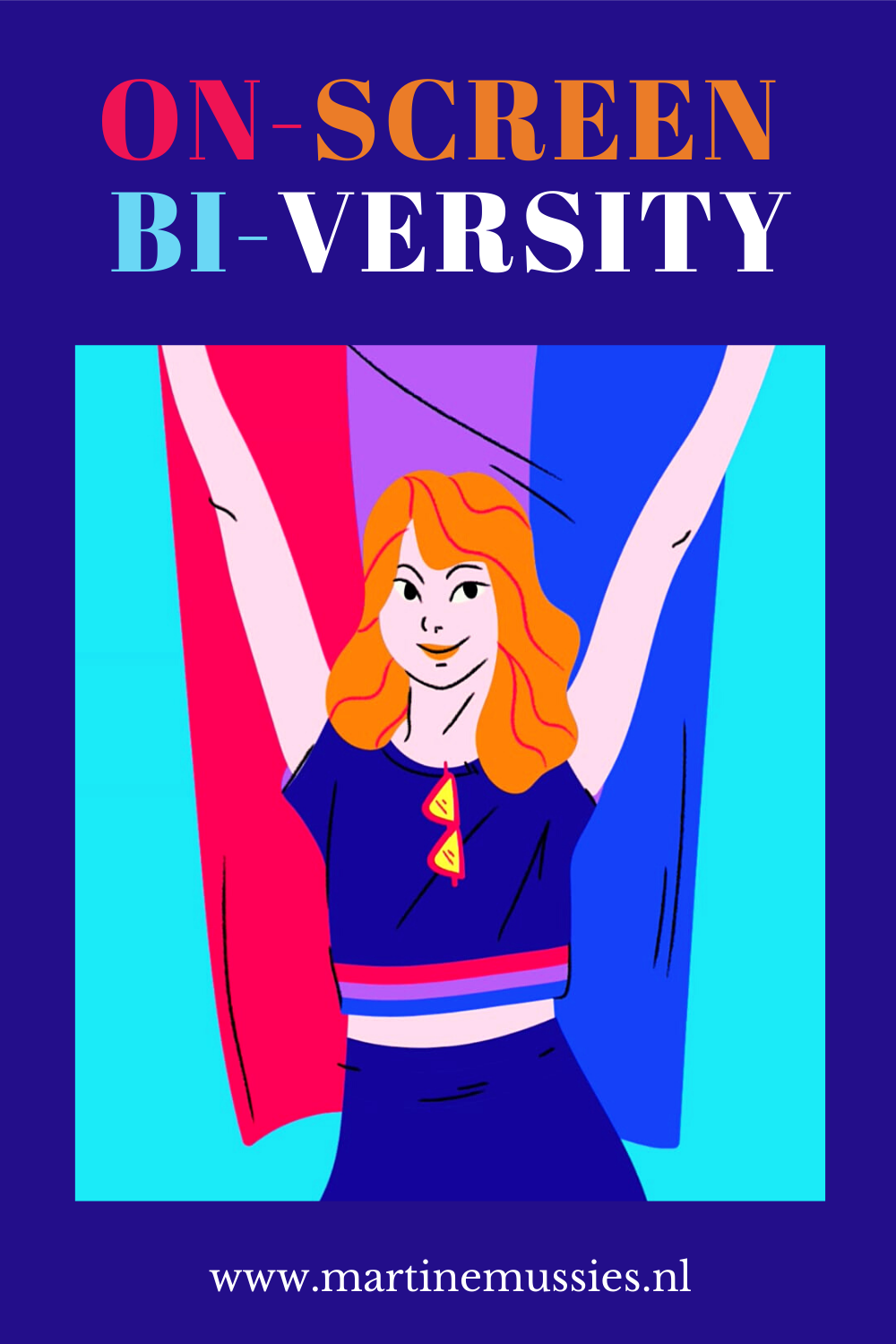 To be honest, I had to think long and hard about the theme of this issue of BiWomenQuarterly.

Growing up, I did not even know bisexuality existed, let alone know anyone who was bisexual. Yet as a child I had a lot of imagination, an exciting inner life, a universe in my mind.

Leafing back through my childhood notebooks, my bisexuality is undeniable. I may not have known what it was, but it must have been clear to me even then. Through my crushes on characters like Pocahontas (which I now sadly see as deeply problematic), but also through my imaginary role models. I say “imaginary,” for the first openly bisexual role model I encountered in real life was bicon Robyn Ochs —the almost three decades before that, my examples were scarce. Therefore, in this essay I will share two examples from my youth, and provide some background information on the concept and importance of role models to explain the problematic lack of bisexual female representation.

What exactly is a role model? The term “role model” is credited to sociologist Robert K. Merton (1945) and describes a person whose behavior, example, or success is or can be emulated by others. In other words, a role model is a person from whom we want to learn something, or after whom we want to model ourselves. As such, the idea of the role model is closely related to that of the (s)hero. The research of psychologist Scott T. Allison, an expert on heroes, demonstrates that heroes provide important social and emotional benefits, including showing us how to transform our lives and become heroes ourselves.

While new media provides us with plenty of new heroes and idols, finding a suitable role model can be difficult for people in minority groups, such as bisexual women. This is a problem, because role models are important in an emancipation process. I see that now as an expert on autistic experiences — by coming out of the closet, people like me create a more nuanced image of autism and increase the chance of participation by other people with invisible disabilities such as autism. It is not difficult to draw parallels with the bisexual movement, where people also regularly encounter prejudice and rejection. Thus, a role model can be a great help and inspiration.

We do not necessarily need to have (direct) contact with our role models, and role models can be fictional characters rather than “real” humans, which helped me find role models growing up. As a child, my role models included Pippi Longstocking, Ariel the Little Mermaid, and the main character from Home Alone—because I thought he was a girl. Some of these youth idols already hinted at my romantic desires. Take, for example, Xena: Warrior Princess (1995-2001), set in the mythical fantasy world “Xenaverse” and featuring the robber princess Xena and her partner in crime, Gabrielle. I used to devour the series and analyze it to the bone, along with many others, via snail mail and online mailing lists. It was mainly about the subtext: if you pay attention, you can read a lesbian storyline in between the lines. From word play, to sensual touching, habits similar to those of a married couple, bathing together, or even a kiss—oh, my heart jumped for joy and my belly for arousal!—but all this was set in a heterosexual context. The makers did not dare to make it an explicit lesbian relationship on American prime time TV in the 1990s, but many lesbians watched the series because of the subtext. Funnily enough, I recently heard one of my favorite lesbian writers—Hanna Bervoets—on TV talking about exactly this shared childhood trope: the intimate, close, self-evident, “natural” love between Xena and Gabrielle. To this day, Xena: Warrior Princess is a fruitful source for (academic) essays and fan fiction: self-invented fiction in the universe of an existing story.

My prepubescent feelings for Xena likely were a tad erotic, although I mainly remember them as romantic. But when I was a few years older, and I thought of my role models, the sexuality dripped off of them. I mainly fantasized about my favorite cartoon heroine: Yoko Tsuno. Looking back, I think that was my first bisexual role model, as others, like Xena, I perceived as merely lesbian. Although Yoko’s bisexuality is not made explicit anywhere in the series, the comics do provide space and hints for this interpretation. One of the things I admired in Yoko was the ease with which she could form close relationships with both men and women (from all kinds of contexts—including the future and the past). In my bedroom, I had a whole collection of notebooks in which I wrote and drew, among other things, new stories about Yoko Tsuno, oftentimes with more explicit and adult content. Without knowing it, I created fan art and fanfiction, in the genre that nowadays would be labeled slash fiction or femmeslash—fan-created works that focus on romantic or sexual relationships between fictional characters of the same sex. Although I have not yet encountered a category for “bi-slash” specifically, this rewriting of the canon characters and reading others’ rewritings as well continues to be a major source of fun and inspiration for me.

Still, it always feels a bit “secretive”… my favorite pairing at the moment—Lagertha and Æthelflaed—is just as virtual and hidden (in the dark caverns of the internet and in intimate personal writings) as the romantic storylines between Xena and Gabrielle, and the sexy scenes of Yoko Tsuno and her friends were twenty years ago. It is not much better on television shows. In the rare case a bisexual character plays a part in a film or series, it is hardly by chance; most of the time, the bisexuality is necessary for the development of the story. Don’t get me wrong, I can intensely enjoy the budding bisexuality of fearless Casey (Brigette Lundy-Paine) in Atypical, but wouldn’t it be nice to see a “normal,” mature bisexual character for once, someone whose problems are not limited to their sexuality, for a change? I plead for more “bi-versity” on screen, and my hope is now on video games.

Video games have long been dominated by male characters, and the female characters that do exist are generally portrayed with a stereotypical and sexualized appearance and in the role of subordinate characters or victims. But there is hope because studies also show that dominant, tough female characters are on the rise (Mikula, 2003; Jansz & Martis, 2007). These studies are only about women in general, not even about bisexual women as avatars. But in recent years there have been some interesting bisexual men and women in video games, such as in Life is Strange, Skyrim, Fallout 4 and Fable 2. I also modestly contributed to this trend, with my own homebrew game, The Queer Mermaid.

Browsing through my childhood notebooks, the first thing that struck me was my “misfitting” of both neurotype and romantic orientations. By now, I have come to terms with those. To paraphrase popular lesbian YouTuber Jessica Kellgren-Fozard, the fact that I am autistic and the fact that I am bisexual have not stopped me from living a wonderful, fun, and very fulfilling life. But I do wish for a less bumpy road for future generations. And I have hope, for slowly but surely the world is evolving, from diary scribbles and hidden cues in mainstream series to bisexual characters in series and games. There is still a lot of work to do, but I see an upward trend of more and more positive representation of bisexual women in the media. I can only hope that this trend continues, so that the generations after me grow up with open role models, and bisexuality is allowed to be what it is: a healthy part of the regular world.

“I’ll be back”—Neo-medieval cyborgization through the lens of Westworld’s main character Dolores
For him it is as for the tree...
I am not your Manic Pixie Dream Girl