Posted on December 6, 2022 Posted in fanfic No Comments 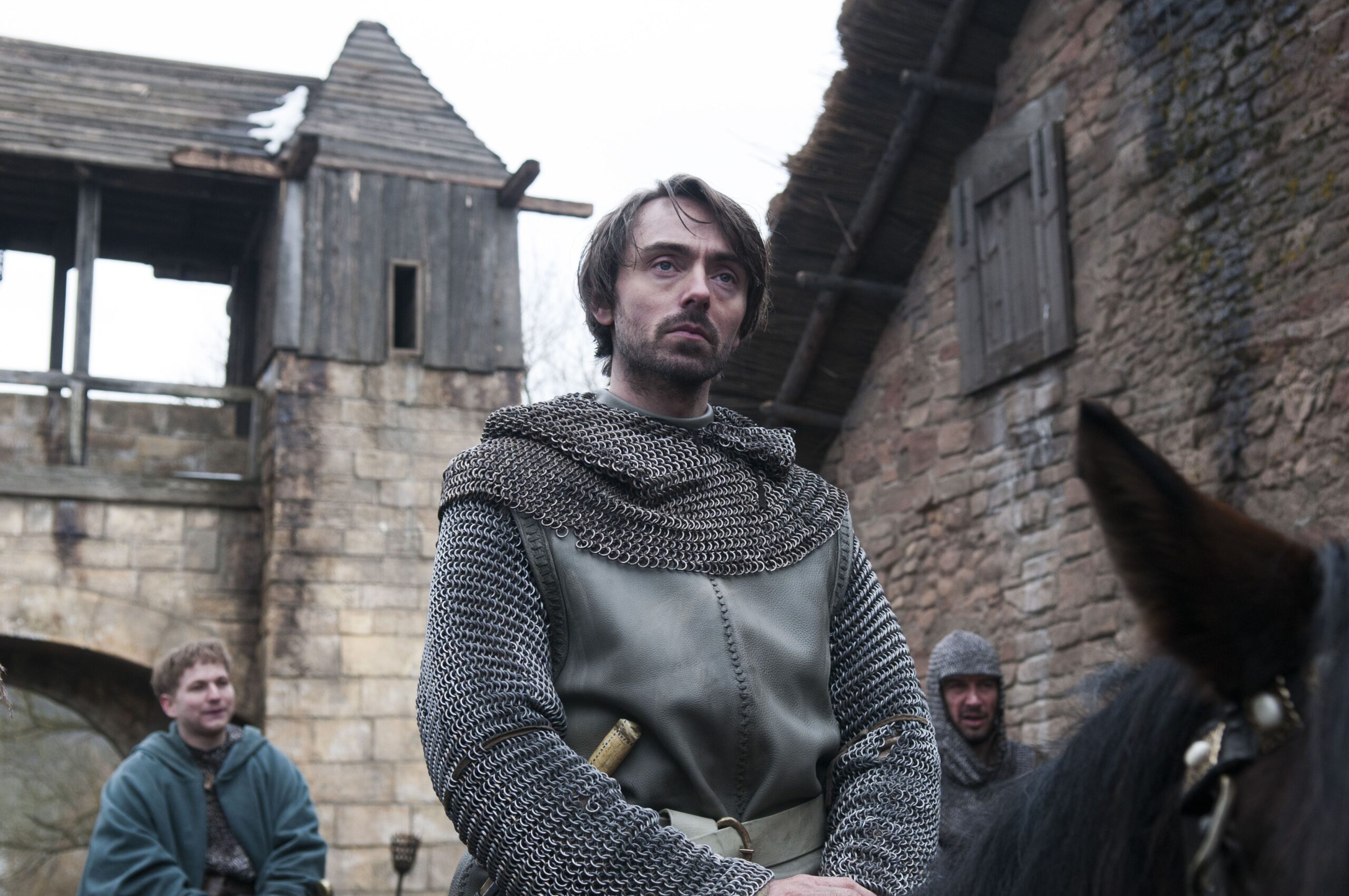 A new saga featuring King Alfred, written by a fan under the pen name of NabokovianDreamer. Published with permission of the author.

A tale of love, deception, and the power of language. Set in the court of King Alfred the Great, our story follows the witty and cunning Father Beocca as he navigates the treacherous waters of courtly intrigue. With his mastery of Latin, Father Beocca is able to speak in a code that is understood only by King Alfred, much to the frustration of the king’s wife, who remains ignorant of their secret conversations. Join us on this thrilling journey of deception and discovery, as we explore the depths of human emotion and the enduring power of language.

Introduction – Alfredus Imperator: A Tale of Love, Language, and Deception

As King Alfred sat in his chambers, surrounded to the endless paperwork and responsibilities of ruling a kingdom in turmoil, he couldn’t help but feel overwhelmed. The constant threat of Viking invasion weighed heavily on his mind, and he often found himself struggling to keep up with the ever-shifting political landscape.

But in the midst of all this chaos, Alfred found solace in the company of his advisor, Father Beocca. Beocca, a learned man with a deep knowledge of Latin, had taught Alfred the language in secret, and the two of them would often discuss sensitive matters in Latin, confident that Alfred’s wife Ealhswith, who did not understand the language, would not overhear their conversations.

As they sat in Alfred’s chambers, speaking in hushed tones of Latin, they discussed the latest developments in the kingdom, and strategized on how best to deal with the Viking threat. They talked of the need for stronger alliances, and the importance of building a navy to protect their shores.

Despite the challenges they faced, Alfred and Beocca found comfort in their shared knowledge of Latin, and in the trust and friendship that had developed between them. It was a secret language, a code that only they understood, and it provided a much-needed escape from the stresses of ruling a kingdom in crisis.

Part 1: The Rise of King Alfred

It was a dark and stormy night in 871 AD. King Æthelwulf of Wessex sat in his chambers, staring out the window at the rain pounding against the castle walls. The Viking raids had been relentless, and the kingdom was on the brink of collapse.

A knock at the door interrupted his thoughts. It was his advisor, Father Beocca.

“Your majesty, I have come to speak with you about your sons,” Beocca said, bowing deeply.

King Æthelwulf sighed. “I know what you are going to say. My eldest son, Æthelstan, is too young and inexperienced to lead in such a time as this. But what other choice do I have?”

“I have been teaching your youngest son, Alfred, the art of war and strategy,” Beocca said. “He is a quick learner, and I believe he has the potential to be a great leader.”

The king was skeptical, but he agreed to give Alfred a chance. And so, Alfred began to train and prepare for battle alongside his brothers.

As the months passed, Alfred proved himself to be a capable warrior and strategist. His natural intelligence and cunning impressed even his most skeptical brothers.

But Alfred knew that he needed more than just physical strength to succeed in battle. He approached Father Beocca with a request.

“I want to learn Latin,” Alfred said. “I know it is not a commonly spoken language in England, but I believe it could be useful as a secret code.”

Father Beocca was surprised by Alfred’s request, but he agreed to teach him the language. And so, Alfred began to study Latin in secret, using it to communicate with his wife, Ealhswith, in a way that she could not understand.

With the help of their secret code language, Alfred and Ealhswith were able to discuss sensitive matters without fear of being overheard. And as the Viking raids continued, Alfred used his knowledge of Latin to outsmart their enemies and protect the kingdom of Wessex.

But as Alfred’s power grew, so too did the dangers that threatened his reign. And in the midst of it all, he and Ealhswith clung to their secret code language as a beacon of hope and strength.

Part 2: The Trials of War

King Alfred and Beocca sat in the dimly lit chamber, discussing the latest news from the battlefield. Ealhswith, Alfred’s wife, sat nearby, embroidering a tapestry and pretending not to listen.

“The Danes are getting closer, my lord,” Beocca said in Latin, his eyes darting nervously around the room. “We must find a way to push them back.”

Alfred nodded gravely, his brow furrowed in thought. “I have been thinking the same thing, Beocca. But we must be careful. We cannot risk any rash decisions that could jeopardize the safety of our people.”

Ealhswith continued to focus on her tapestry, but her ears perked up at the mention of the Danes. She knew that her husband and Beocca were discussing something important, but she couldn’t understand their secret language. She had tried to learn Latin in the past, but it was too difficult for her to grasp.

“I have a plan, my lord,” Beocca whispered, leaning in closer to Alfred. “But it is a risky one. Are you willing to hear it?”

Alfred nodded, his eyes shining with determination. “I am willing to do whatever it takes to protect my kingdom and my people. Tell me your plan.”

As Beocca outlined his plan, Ealhswith could sense the tension in the room. She knew that her husband and Beocca were planning something dangerous, but she couldn’t do anything to stop them. She could only sit and wait, hoping that whatever they were planning would be successful and keep her husband safe.

In the end, Alfred and Beocca’s plan was successful and the Danes were pushed back. Ealhswith was relieved, but also felt a sense of resentment towards her husband and Beocca for keeping her in the dark. She knew that they were only trying to protect her, but she couldn’t help feeling left out and excluded from the important decisions being made.

Despite her feelings, Ealhswith continued to support her husband and Beocca, knowing that their secret code language was necessary for the safety of their kingdom. She knew that their love for each other and for their people would always outweigh any resentment or hurt feelings.

As the years passed, Alfred and Ealhswith continued to rule their kingdom and protect their people, with Beocca by their side. And even though their secret code language sometimes caused tension, they always managed to work through it, united in their determination to keep their kingdom safe.

Part 3 – the peace of Alfred

As the winter sun set behind the rolling hills of Wessex, King Alfred sat in his great hall, deep in thought. The war with the Vikings had been long and brutal, but finally, a peace treaty had been reached. Alfred had allowed the heathen invaders to settle in parts of England, on the condition that they convert to Christianity.

But even in times of peace, Alfred knew that he could not let his guard down. He still needed to be cautious, to protect his kingdom and his people. And so, he turned to his advisor and friend, Father Beocca, for help.

“Beocca, my friend,” Alfred said, his voice low and grave, “I fear that there are still those who seek to undermine our peace. I need a way to communicate with my wife, Ealhswith, without fear of being overheard.”

Father Beocca nodded, understanding the gravity of the situation. “Your majesty, I have the perfect solution. Let us use the language of the church, Latin. It is a language that few in your court know, and it will serve as a secret code between you and the queen.”

And so, Alfred and Ealhswith began to learn Latin, using it as a secret code to discuss sensitive matters without fear of being overheard. As the years passed and their knowledge of the language grew, their bond grew stronger as well.

But even in the midst of peace, Alfred knew that danger lurked around every corner. He remained vigilant, ready to defend his kingdom at a moment’s notice. And with the help of Latin and the wisdom of Father Beocca, he and Ealhswith were able to weather any storm that came their way.

Alfred paced nervously in his chambers, staring out the window at the smoldering ruins of Winchester. The Vikings had ransacked the city once again, and it was clear that their attacks were becoming more frequent and more brutal. He sighed and ran a hand through his hair, feeling the weight of responsibility on his shoulders. He was the youngest son of King Æthelwulf, and not many had believed in his ability to lead.

But Alfred was determined to prove them wrong. He had been studying tirelessly, learning strategy and tactics from Father Beocca and the other scholars at court. He had also been secretly studying Latin, a language that Ealhswith, his wife, did not understand. It was their secret code, a way for them to discuss sensitive matters without fear of being overheard.

“My lord, the council is ready to convene,” Father Beocca said, entering the chambers. Alfred nodded and followed him out, his mind racing with ideas on how to defeat the Vikings.

At the council meeting, Alfred listened to the various proposals from his advisors, but none of them seemed to address the root of the problem. Finally, he spoke up. “We cannot continue to fight the Vikings on their terms,” he said. “We need to find a way to negotiate with them, to come to an agreement that benefits both sides.”

There were murmurs of disagreement among the council, but Alfred held his ground. “I propose that we offer the Vikings land and settlement in exchange for their conversion to Christianity,” he said. “It will not only bring peace to our lands, but also spread the word of God.”

After much debate, the council agreed to Alfred’s proposal and sent envoys to the Viking leaders. To everyone’s surprise, the Vikings agreed to the terms and a peace treaty was signed.

Alfred and Ealhswith were overjoyed, and they celebrated the news privately in their chambers, using Latin to discuss their plans for the future. The peace would not last forever, they knew, but they were grateful for the respite and the opportunity to focus on rebuilding their kingdom.

Another day, another offering.
Like an Angel in the Night
Qualupalik and the Father