For him it is as for the tree… 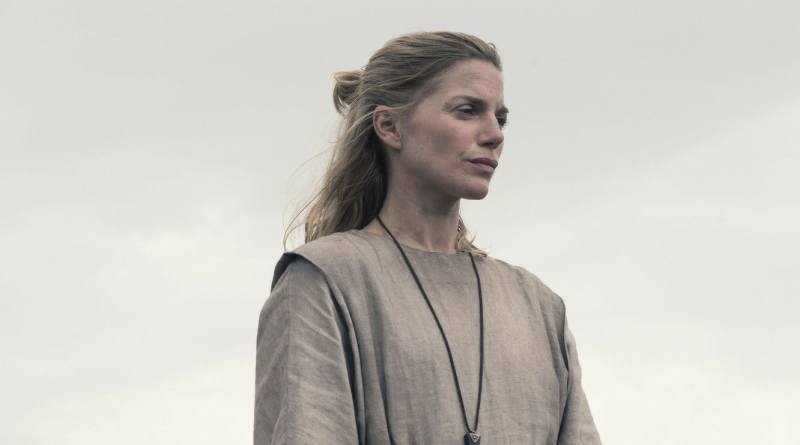 For my research about the historical reimagining of Alfred the Great, I am currently looking at fan fiction about The Last Kingdom, that includes one (or more) of the Alfredian (Anglo-Saxon / Old-English) psalm translations. The following story was written by by Cheyenne and republished with permission of the author.

If Hild had to label the one thing in the world she wasn’t fond of, it was staring. People staring at her, to be specific. Maybe she was a little paranoid, but Hild could have sworn that every time she stepped out with Emma that people knew. They knew what they did when they were alone together, they knew what thoughts stayed planted in Hild’s head, they knew that Hild often wanted nothing more than to lay in bed with Emma in her arms. Maybe she was crazy, maybe none of them even cared (deep down she knew they very much cared, though), but it was hard to get their eyes off of her.

“It’s easy to tell when you’re deep in thought,” a voice said from behind her.

Hild felt her breath catch in her throat at the sound of King Alfred’s voice. She turned around to send him an unsure smile, leaning against the tree next to her to keep herself steady.

“That’s no good,” she let out softly.

He chuckled. “It’s not, no. I can read your feelings on your face… but it’s nothing to be ashamed of. You should know that.”

“Well, I’m not really ashamed of people being able to see right through me…”

“That’s not what I was talking about.”

“Oh,” Hild frowned, placing her hands behind her back. “What are you talking about then?”

A hint of redness ran through Hild’s cheeks at the King’s words. He knew about her and Emma, that much was obvious, but she didn’t realise he knew thatmuch. That her feelings were written that clearly on her face. Shame hit her as she bit her lip, distracting herself by staring down at the grass and little river by them. The rushing of the water soothed her for a little, like the liquid was cooling her down.

“For him it is as for the tree, that is planted near streams of water, that yields its fruits at the appropriate season, and its leaves and its blades neither yellow nor wither,” the King said softly.

“What makes you think that it isn’t the same for you? That your love isn’t as firm as that tree by the water, that your love won’t grow like the leaves in the branches, that your love isn’t like the never-ending stream of a river? What makes you think that what you have isn’t exactly the same as what a man and a woman have? Is there a part of you that thinks your love for that woman isn’t as strong, isn’t as powerful? That it doesn’t bear the same fire a man has for his wife, or the other way around?” King Alfred wondered softly.

“I… I…” Hild stuttered out. She hadn’t expected such eye-opening words from the King. “It’s not that I don’t think that, it’s just that… other people… sometimes…”

Hild nodded. “Yes. And sometimes when I see the way they look at me, the way their eyes graze over my body… I think I see disgust. Maybe even hatred. And just… a lack of understanding. I don’t understand what it is that offends them so much. Why me holding hands with a woman causes such a rage in them…”

Leaning against the tree with crossed arms, the King nodded. “Well, all I can say is to pay them no mind. Perhaps they’re jealous you’ve found a love so pure and honest? A love so strong?”

A snort left Hild’s mouth as she stared at King Alfred. “Jealous? Of what? Of a love they don’t even want to look at?”

“No, no, no,” King Alfred said louder, his voice much more serious. “Just like I said. ‘For him it is as for the tree, that is planted near streams of water, that yields its fruits at the appropriate season, and its leaves and its blades neither yellow nor wither’. A tree near water will surely never see an end. It’ll have so much nourishment, so much strength. The leaves will grow green and beautiful and radiant, and what will those leaves do? Shelter the tree. They’ll provide warmth, comfort… just like your Emma,” the King laughed. “She’ll be just as strong as the tree, and so will you, and so will your love. And the fruits? The tree provides even more nourishment, and with that nourishment comes strength again, and I know for a fact that’s what you and Emma give to each other.”

Hild felt her heart skip a beat as she stared at King Alfred. His words were ridiculously comforting and she found herself getting lost in them, wanting to hear more, needing more of his kind sentiments. “And what else?”

“And what else?” he micked with a deep chuckle. “And you and your Emma will not have to deal with the idea of withering: of a love that fades away. Man and woman have come together many a time. Some of them take love for granted, but I don’t see that with you two, oh no. Your love is strong. Your love is like the tree by the water. It grows bigger and taller every day, and one day it might loom over all of us, over the entire kingdom… And we’ll get to see a love that survives harsh winters. A love like that couldn’t be anything other than pure. It’s rich and lively and real, Hild. Don’t ever forget that. Don’t let people think your heart is in the wrong hands. It’s in the right pair, and I can assure you that it’s just as worthy.”

A sigh left Hild’s mouth before a smile graced her face, her eyes bright as she stared at the King. His shimmery eyes forced a little laugh out of her, her head shaking as she truly took in his words. He was right. They were wrong. But most importantly, her love was right. There wasn’t a single unworthy thing about it.