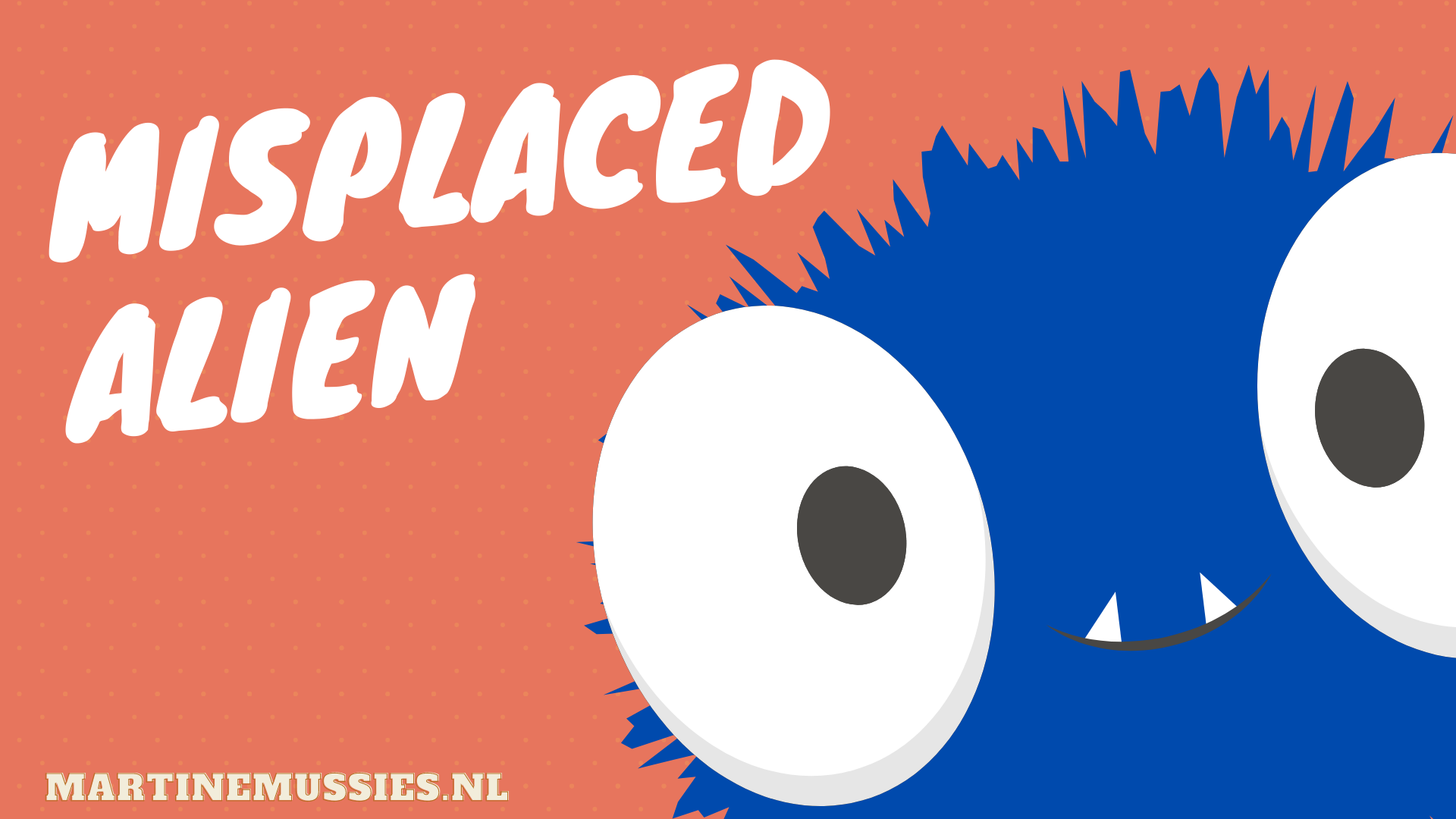 I found that these people possessed a method of communicating their experience and feelings to one another by articulate sounds. I perceived that the words they spoke sometimes produced pleasure or pain, smiles or sadness, in the minds and countenances of the hearers. This was indeed a godlike science, and I ardently desired to become acquainted with it.
(Chapter 12, paragraph 9)

According to Dr. Frankenstein’s “monster” (Mary Shelley). Communication is complex and does not come naturally for everyone. Personally, I often feel as though I am a misfit, someone described by Temple Grandin & Oliver Sacks as “an anthropologist from Mars”, and by me as a misplaced alien. That feeling comes mostly during communication.

My neurotype is in the minority. I am like a Linux PC in a world of Windows and Apple. Everything is slightly different and finding an interface can often be puzzling. One of my hobbies is learning foreign languages but I always have difficulty with speech and often interpret texts in ways the writer did not intend (for example more  literally). Translation is what I like best. When asked, I begin enthusiastically with a “verbal minute waltz” (Rudy Simone) of constructions, grammar, sound, and the language itself but empathising with characters in the text is beyond me. They are simply too alien.

According to biopsychologist Martine Delfos, people with autism often have to overcome two hurdles. They are slow in their social development and when they are finally ready for an activity, they lose their points of reference. I say “they” but I mean “we” because I belong to the club. We have to provide our own frame of reference frequently wrestling with cognitive and social-emotional deficits.

Not seldom, this phenomena leads to creative solutions to remain in touch with reality. In her book, Sunday’s Child (only available in Dutch), Judith Visser writes about a young teacher called Marleen, “She always only wanted me to look at her if she said something. I was to use my ears to listen.” It is painfully recognisable and my trick, right up to now, is to look at people’s eyebrows. That often causes the least difficulties.

Of course, I cannot speak for everybody with Autism. Speaking and writing is unique for everyone. Diagnosis is like a label on the jam pot, it explains the content but says nothing about the taste. Nevertheless, I would like to pass on some pointers from my own experience. Giving music lessons to autistic children taught me that there are two categories of communication problems: transmitting and receiving. My students very often were unable to understand me well if I spoke too loudly or softly or too fast or too slow. There were also problems with how I pitched my vocabulary (too difficult or simply too childlike). And misunderstandings arose when I would say something that I did not literally mean (with imagery or sarcasm for example) without having made it explicit and would try to say something in a nonverbal way (e.g., by nodding).

The American autism researcher Ruth Grossman carried out an experiment in which participants were shown video recordings of 19 different children in which each child spoke a couple of sentences. Nine of the children had a type of autism. The viewers easily identified that these nine were “different”. However, defining “different” was difficult because the differences were very subtle. I only notice my differences when I saw them on film. I continually look away, my timing is not right, I am transmitting and not receiving. My mannerisms, my stopwords, how I hold my hands to stop fiddling or fluttering. I do everything right but it is like an automaton without making actual contact. It is annoying. Not only because it does not produce the best of interviews, but moreover because my interlocutor would feel unheard and not understood. The Autism expert Maxine Aston called this the Cassandra effect after the cursed prophetess in Greek mythology. She was cursed to be heard but not believed. The lack of emotional reciprocity always lurks in contacts where at least one of the parties has autism.

It is because of this that I still try to communicate with short factual sentences – in a friendly but neutral way with minimal emotions, jokes, or anything else that would produce static on the lines. In the other direction, and for the same reasons, I am often not able to understand my pupils when they say too little (e.g., simply “yes’ or “no”) or when they echo me or others such as their mother. The same goes for when they use an intonation I had not expected or interrupt me (often with a different subject matter) or begin to talk about their special interests without realising that not everybody knows that much about, for example, the toenails of various dinosaurs.

But, because I saw myself in my young piano students, I can and do improve my own communication skills. I continue to train myself in “code switching” (as Bianca Toeps describes it) and “pretending to be normal” (Liane Holiday Willey), but I still remain a “misfit” or, to use the words of Hannah Ebben in describing people with autism: “atopos” – atypical, literally misplaced, strange…  and Other people can notice that, in some shape or form.

Though to be positive: openness does lead to understanding. Awareness must come from both sides. The same goes for empathy, respect for differences and the recognition of what is driving you and the other person. Not everything is doable but, like I say, openness leads to understanding. If I am under great stress, I shut up like a clam and cannot make any contact – leastways during a conversation. However, playing a game, making music together or drawing rebuilds the communication bridges.

For real communication I need peace and space. It often works better via chat engines than face to face because there are less distracting stimuli and I do not have to pay attention to intonation and nonverbal communication so I have more time to think things through, read same thing again and then to formulate an answer. My friends know this and give me the room that I need. Consequently, when it is my turn, I can be there for them. There will always be problems and misunderstandings where small differences are given more weight than they merit but like my iaido Sensei once said: let’s use the small differences as pegs on which we can hang discussions – to come closer to one another.

This short piece was originally written in Dutch, for UP magazine (published by Lister, in the Netherlands), and translated by Jerry Mayle. The original can be found here. More blog posts on autism can be read here.