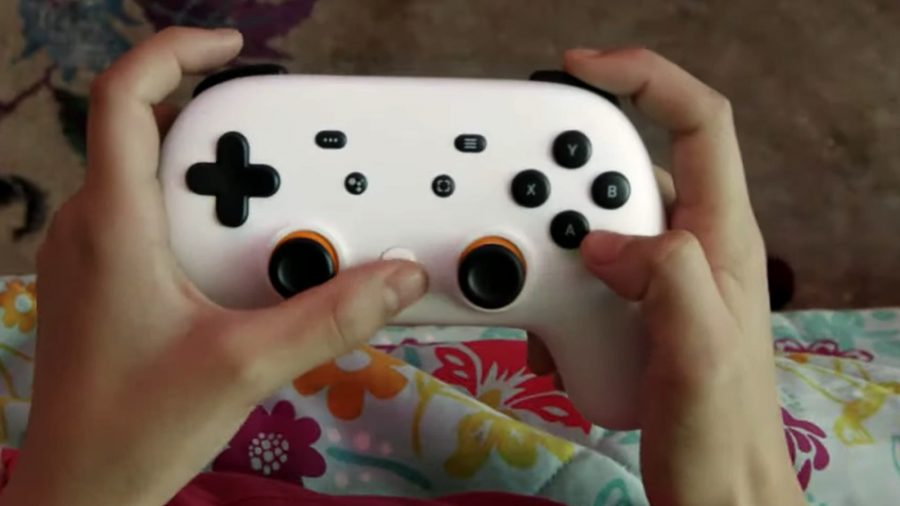 As a (ludo)musicologist, I was delighted to see today’s Google doodle: an ‘AI’ powered Bach simulator. But that is not the only Google product I am excited about, the American multinational made waves earlier this week when it unveiled its long-awaited console project, the Stadia. What is this Stadia thing and why are gamers so excited about it?

Stadia was everything people thought it would be – except for an actual physical set-top box. That doesn’t mean that one won’t come out down the road, but, for now, Stadia just needs a controller and an Internet connection to get you playing some of the hottest games out there right now.

Growing out of Google’s experimental Project Stream, Stadia aims to be the “Netflix of video games” and, as such, will offer triple-A titles via Internet streaming for a price. They’re not the first company to attempt this, but Google is probably the the biggest name outside of Sony to try this in video games.

How does it all work? Via the cloud, according to Google’s presentation on Stadia. The cloud-based service will deliver games, straight to your home, via any Internet-capable device including but not limited to laptops, desktops, smartphones, and tablets. The Stadia controllers – resembling the Xbox and Steam controllers (see image above) – will be the gamer’s central hub for controlling everything. This means that you will access games from here as well as record in-game footage or even search the web via voice command. All of this will be integrated with Google’s robust suite of services, including YouTube and Google search.

As for games, since this grew out of Project Stream, we can expect Assassin’s Creed Odyssey to be one of the launch titles as well as id Software’s DOOM Eternal. Another, as-yet-unnamed title from Q-Games will also arrive on the Stadia. In addition to that, Google will be building out an internal development team to produce IP exclusively for the Stadia service. Hopefully, some Stadia games – with interesting game sounds! – will be developed, soon.

When asked about questions such as latency and lag, Google claims they have come up with the solution for that nagging problem though proof of that remains to be seen. For those that may not know, lag is when your Internet connection speed does not match up with another player or players, causing the game to become jittery or even unplayable. Totally forgivable in most situations, when it comes to online racing, FPS, or fighting games, lag can ruin a gamer’s experience. Those that have tried to stream games thus far have found this problem to be a persistent one – particularly when it comes to more graphically intense titles. As for the pricing of the Stadia, Google was really mum on that as well as to whether or not it would be a subscription service or an a la carte platform like Steam.

Even with the vague information surrounding it, there’s a lot of hype for the Stadia in the popular press. Many people even think that Google’s project could hearken a new era in video games… Whether or not that will happen, who knows, but one thing is sure: Google’s entry into the video game market is sure to shake things up substantially. Challenging industry stalwarts like Nintendo, Sony, and Microsoft will be no easy task but if anyone has the clout and coin to do it, it is Google.

P.S.
And coming back to the the Bach-doodle: what I consider to be most interesting about this, is how it reveals the weakness of AI: the algorithm can’t actually tell if what it spewed out actually sounds good or not. Hence they have make the little happy faces feedback icon to ask a human whether it sounds good or not to them… 😉