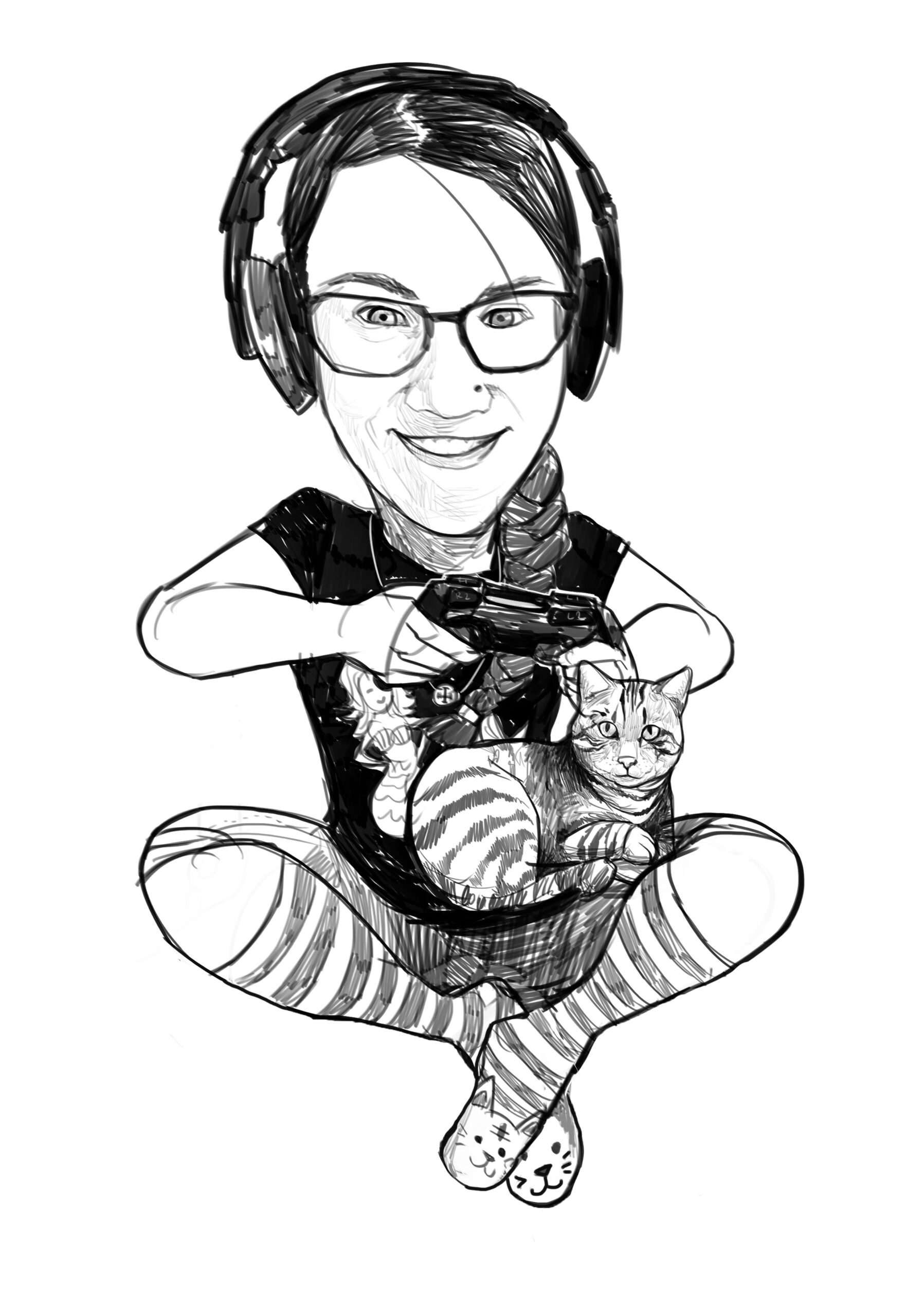 Growing up, I did not even know bisexuality existed, let alone know anyone who was bisexual. Consequently, I often felt that I had to make a choice: did I fancy boys, or did I fancy girls?

For me, this was a question based purely on physical characteristics, which felt very silly: how can you generalize whom you like better: people with a willy or people with a pussy? It would be like stating that you will only date blonde people for the rest of your life.

I couldn’t make such a big statement—and still can’t and won’t. For years, I have struggled with labels like straight, gay, and bi, because they seemed to be purely about the relationship of your self to your body. Moreover, they seem to reduce the colorful spectrum of gender and sex to a socially constructed binary in which a dominant group is being regarded as normal, natural, superior, and even required. Since my late 20s, I have therefore identified my sexuality on another axis, as “sapiosexual.”

By definition, a sapiosexual is someone who finds intelligence sexually attractive or arousing, but as with any concept, there are many nuances to this. While I indeed often find people attractive when they are intelligent, in my experience that is not the whole story. Moreover, this notion of intelligence does not necessarily have to do with IQ. A creative solution to a problem, a witty remark, wise advice, a humorous play on words, an original angle or observation, resourcefulness, a strong imagination, a well-stocked bookcase, lively discussions, a fascinating musical performance, or a far-fetched hobby—these are often the things that do the trick for me. Nor is it about knowing lots of difficult words, as some comical videos and memes about sapiosexuality suggest. A knowledge bomb can be nice, but it’s much more about the complexity of someone’s thinking and the way they make me think, as if they tickle my brain.

On a forum, someone once called me a “nymphobrainiac,” and that person scored brownie points with that, also because I often find the suffix “sexual” problematic. For me it’s not necessarily about sex; it’s broader, I think, because it manifests itself mainly in a general desire to be with this person. Maybe ‘sapiophilia’ would be a better word, as I have this desire in (platonic) friendships as well. Recently, I noticed it when a good friend and I talked about an acquaintance of ours who is a real copycat. My friend used the term “mimetic desire,” and—in line with what the French social scientist René Girard calls “The Romantic Lie”—I was so delighted by the beauty of this idea, that it made me super joyful. A surprising dialogue makes me happier than a box of chocolates.

My attraction goes beyond the classic four principles of social psychology—similarity, proximity, reciprocity, and an increase in attraction under conditions of anxiety and stress. Of course, things like physical beauty, similarity, and familiarity can also be important to me, but it feels like all of that is more a part of an overarching attraction. I find someone physically attractive if they look smart, and it feels familiar and similar if we can learn from each other—so there is always a strong mental element to my attraction. On the geeky contact site OKC, you can also fill it in as an orientation and funnily enough, I often find the other people who have filled that in interesting and fun.

If the conversation is clearly about sex and gender (or if I don’t want people to think I’m a snob), I still also call myself pansexual or bisexual or bi-romantic. But there is another layer on top of that because our brains are, in my experience, the most powerful sexual organ we humans possess. I usually fall for nerds and geeks, because I can do the most interesting things with those people. Writing a scientific article, building a complicated chemical model from Molymod, hacking a computer game, playing Renaissance guitar duets from the original notation, learning obscure languages…activities like that make me happy, for then I experience a connection, a bond. That works just as well platonically, by the way; it doesn’t have to be sexual at all, and I also long for this in friendships, which has often made me an outsider. Fortunately, in my mid-30s, I have surrounded myself with extraordinary people, for instance in the Domcantorij (the choir and orchestra of the Utrecht Dom cathedral, with its accompanying activities such as the Gregorian chant class and more) and in my dojo (the sports clubs where we learn and practice all kinds of Japanese martial arts).

Intellectual stimulation quickly manifests itself in excitement for me, and sometimes this is sexual as well. My partner is very intelligent, analytical, and versatile—I find that extremely sexy! Once, I joined my lover in creating homework for his new course; we sat together discussing scenario planning, Ishikawa diagrams, Block’s models, and network analysis. To be stimulated and challenged like that was very sexual for me; I felt it in my whole body. Studying together has always been a very good prelude for me. Dates that excite me are going to libraries, lectures, and museums. Doing a workshop together usually works very well, too, but then you run the risk of me liking the teacher more than my date, and I often develop crushes at conferences. My body needs my mind to get aroused, so no deep penetration without deep conversation.

Looking back, this seemingly “non-bodily attraction” (although the brain is part of the body as well) has always been one of the threads of my love life. I fell madly in love with my maths teacher when I was 16, because of the clarity of his logic, with which he approached the whole of life (which once led to a hilarious discussion when I complimented him on that, about whether the whole of life wasn’t just applied maths as well). I also had crushes on people who made beautiful music, wrote good books, and read Old Irish the way I read the newspaper, for instance. This admiration was not about looks at all but was more like Plato’s description of Socrates: no money, no power, no beauty, but so much charisma and a brilliant way of reasoning. When I was studying in Russia, I wrote a thesis on Lolita, and I noticed how I developed feelings for the nutty professor who supervised this, for example.

The other side of the medal was that my juvenile admiration for Harrison Ford quickly faded when I found out how Indiana Jones “reads” hieroglyphics the wrong way round. An example I often use to explain sapiosexuality is Stephen Hawking, whom I also found insanely sexy, because of his brilliant mind, his zest for life, his humorous one-liners, his activism (e.g., in the fields of disability and climate issues) and forceful political opinions, the performances in shows like Star Trek and The Big Bang Theory, and the ‘hacks’ he performed to outlive expectations in different areas of life—the most striking example being that curious voice, a fusion of personality and machine.

Yet this is not a story that ignores the body or an anti-body manifesto. Although I’d plead not to judge a book by its cover, for me the body is a canvas full of identity markers, not only in the way it is dressed, but also in the way it moves and articulates, for example. How you present your body says something about how you see it—just like how you present your home. In a way, people are not so different from the male arboreal bird, which tries to make its nest as beautiful as possible with brightly colored, hard-to-find objects from the surroundings. By doing so, it shows its intelligence and fitness, as it is difficult to find scarce objects and protect them from being stolen by other birds. Very occasionally there are bodily aspects that I find less attractive, because they seem to indicate the priorities that someone has in life (a super muscular person may have read fewer books, someone with a beer belly may have engaged less in sports) but prejudice always lurks around the corner, so talking is always better for me.

Considering prejudices, sadly, I have often encountered people who find sapiosexuality arrogant and pretentious, but I have little choice in the matter. I see my sexuality as an extension and continuation of my autism—I can’t do anything with small talk but can do a lot with smart talk—combined with my infinite curiosity, two elements of me that also resonate with my bisexuality. I often think that I am looking for people who can explain to me a fascinating new vision of the world. And that I therefore don’t select on “preconditions” like whether someone has a dick or not—that is much less important and interesting for me. So, although beautiful hair is a plus, a grammar mistake (e.g. omitting the Dutch -dt ending) in the dating phase is often disastrous.

Although it is always difficult to fall outside the norm, I don’t really have a judgement on my sexuality. It’s just a part of who I am and, because I’m aware of it, I can now take it into account better. So: don’t stare blindly but be careful that the person in question doesn’t have a rotten character. I also find it an interesting phenomenon and therefore think it would be fun to map out exactly what happens during intellectual stimulation and how it is possible that this can lead to sexual excitement in sapiosexual people. I study neuropsychology at the University of Chicago, and the professor (a very attractive woman, by the way) often shows visualized brain activity on the fMRI. Maybe she could show sapiosexuality as well?

We already know quite a lot about how a brain can become excited and what happens around adrenaline, dopamine, and serotonin (which make us find someone attractive) and around oxytocin, vasopressin (especially for bonding), and related processes around norepinephrine, etc. These processes are the same in me as in most people, only my brain starts them when I read a study book, while most others would do better to flip through an erotic novel. Why these triggers are different in me remains the big puzzle. Maybe I am just less sensitive to estrogen and testosterone, the substances that are involved in pure lust, and more sensitive to the hormonal systems in the neuronal networks around attraction and bonding? If someone can explain this to me, I’m sure I’ll fall in love again.…

“I’ll be back”—Neo-medieval cyborgization through the lens of Westworld’s main character Dolores
#spoonie
You - Me - Her => Us?