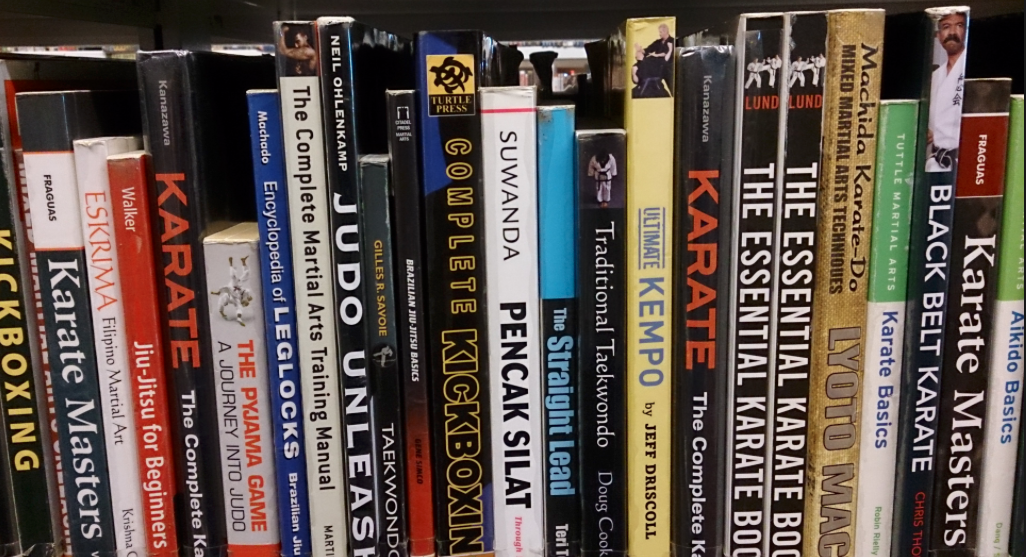 Of course, when it comes to learning a martial art, nothing beats hard practise. But sometimes – if you suffer from an injury, for example, or you forgot a certain term – it might be really nice to cuddle up on the couch with a beautiful book about your favourite fighting style. For inspiration, here is a list of the books that I have read or plan to read in 2019. Enjoy and please let me know if you have any additions.

Zen in the Martial Arts by Joe Hyams

The Way to Black Belt: A Comprehensive Guide to Rapid, Rock-Solid Results by Lawrence A. Kane and Kris Wilder

Verbal Judo: The Gentle Art of Persuasion by George J. Thompson and Jerry B. Jenkins (it says Judo in the title, but from what I got from the snopsis, it’s a book about communication and avoiding fights rather than Judo itself)

The Way of the Warrior: Martial Arts and Fighting Styles from Around the World by Chris Crudelli (this is an encyclopedia of more that 300 martial arts styles around the world)

The Art of Peace: Teachings of the Founder of Aikido by Morihei Ueshiba

Falling Hard: A Journey Into the World of Judo by Mark Law

Karatedo: My Way of Life by Gichin Funakoshi

Introduction to Karate by Shingo Ohgami

Kendo – Approaches for All Levels by Sotaro Honda

Kendo: A Comprehensive Guide to Japanese Swordsmanship by Geoff Salmon

The Book of Five Rings by Miyamoto Musashi

The Hagakure: The Secret Wisdom of the Samurai by Yamamoto Tsunetomo

Musashi: An Epic Novel of the Samurai Era by Eiji Yoshikawa

Autumn Lightning: The Education of an American Samurai by Dave Lowry

The Tao of Jeet Kun Do by Bruce Lee

A Killing Art: The Untold History of Tae Kwon Do by Alex Gillis

The Little Black Book of Violence: What Every Young Man Needs to Know About Fighting by Lawrence A. Kane and Kris Wilder

Facing Violence: Praparing for the Unexpected by Rory Miller

Scaling Force: Dynamic Decision Making Under Threat of Violence by

A Tooth from the Tiger’s Mouth: How to Treat Your Injuries with Powerful Healing Secrets of the Great Chinese Warrior by Tom Bisio

Donn F. Draeger (mostly books about Budo, but other styles too)