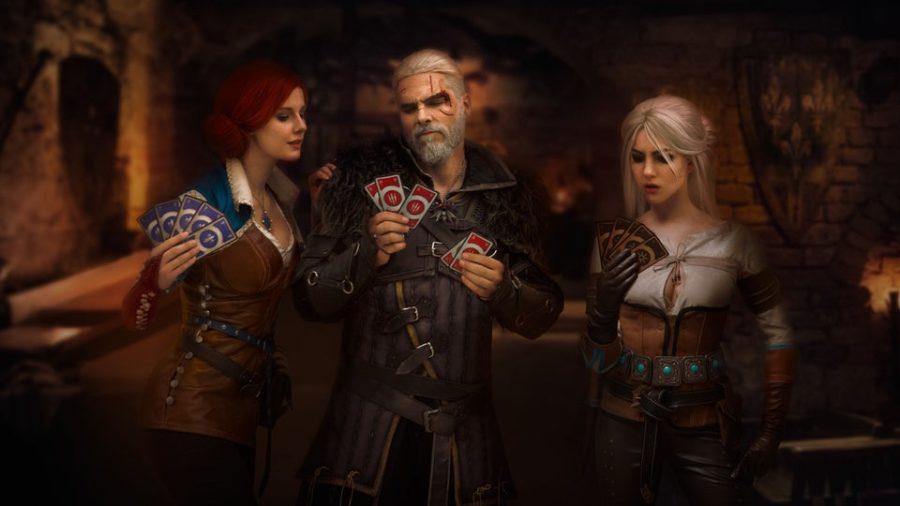 As you can imagine, the transmedial storytelling around Wiedźmin [The Witcher] combines many of my interests. Therefore, one of my resolutions for 2020 is to contribute to this phenomenon by means of a new translation (from Polish to English). Every month, I translate one of the short stories from the collection Ostatnie życzenie (The Last Wish) by Andrzej Sapkowski. This is my work from March – with many thanks to my teacher Sławomir! Please let me know if you have any comments or suggestions.

END_OF_DOCUMENT_TOKEN_TO_BE_REPLACED

As you can imagine, the transmedial storytelling around Wiedźmin [The Witcher] combines many of my interests. Therefore, one of my resolutions for 2020 is to contribute to this phenomenon by means of a new translation (from Polish to English). Every month, I translate one of the short stories from the collection Ostatnie życzenie (The Last Wish) by Andrzej Sapkowski. This was my work from February. Please let me know if you have any comments or suggestions.

END_OF_DOCUMENT_TOKEN_TO_BE_REPLACED

In fanfic, King Alfred of Wessex, The Witcher

Robyn aka DxTURA just made a dream come true: he wrote this awesome fanfic in which The Witcher meets King Alfred, for which he used my translation of the first story as well as my own fanfic about King Alfred. Yeah! What a great way to start the new year! ^_^ Thank you so much, Robyn.

END_OF_DOCUMENT_TOKEN_TO_BE_REPLACED In King Alfred of Wessex, The Lord of the Rings, translations

Every year on 30 September, it is the feast of St. Jerome (347–420), a priest, confessor, theologian, historian and: Bible translator. He is even considered to be the first to have translated the Bible from Hebrew to Latin. Therefore, the International Federation of Translators chose this day to be celebrated as International Translation Day.

END_OF_DOCUMENT_TOKEN_TO_BE_REPLACED

The first track of my solo album is about the story of Achtamar, which I learned in Armenia. Using the familiar trope of of star-cross’d lovers, the story of Achtamar is about a young woman named Tamar and the young man who loves her. They meet in secret on an island, until Tamar’s father discovers their trysts and sets a trap for the youth. He manages to escape, but he is mortally wounded and cannot swim across the lake. As he dies, his last action is to whisper her name across the water: ‘Ach, Tamar!’.

With the help of my friend Ofelia Melikyan, I translated the famous poem by Hovhannes Tumanyan about this story. And with the help of John Vandenberg, I rewrote it into a poem of my own, that could possible serve as a song text…? 🙂

Their whispers are felt in her heart
The time has come… and once more
One into the waves does dive
While the other prays on shore.

“Who is the brave young man,
who, drunk on love,
removing pain and fear from his heart
cuts through the lake at night

He crosses the lake from across the shores
and kisses our Tamar so
He’ll take our lady from us, he thinks
What does he take us for?”

Lost in the murky waters
Was the swimming man in love
The wind carries with it, brings forth
The moans of “Ach, Tamar!”

The voice is near, in deepest dark
under the sharp rocks of shore
Where the water rapids roar
His calling falling on deaf ears
but sometimes one cane hear a muffled
“Ach, Tamar!”

In the morn, the tides were calm
And brought forth the body of the man
On his lips so cold, so still
Two words were frozen:
“Akh, Tamar!”

And ever since, for this reason,
They call the island Achtamar.

This beautiful collage (including Achtamar as a mermaid playing with fire under the sea!) was made by Isabel Verhaegh. 🙂

Achtamar – a poem by me

Now grief fills the air,
here, where once a story of love dwelt.
Two lovers were lost in each other,
but the world conspired against them!

The two lovers –
a sister bird and her brother –
locked wings and rubbed heads
finding peace amidst the tumult.

Alas! The sister was a monarch’s daughter
and her brother was but a mere commoner.
Oh! Two lovers, joyful lovers they were! –
two shining hearts flying amongst the stars.

The princess waits with aching limbs,
when the night is high, along the shores of lake Van
Raising a burning torch in her hands
While the flames of love shine brightly in her heart

Her beloved cuts across the water
swimming every night to meet his Tamar.
He folds her in his wings with no fear.
The things a newly found brother for his sister will do.

Love flows like water falling from a cliff,
not knowing or caring about differences or any limit.
But the world abhors such bonds.
To humans, this relationship is a curse.

One night the world struck a blow against their bond.
Hatred extinguished the flame of her love
and left her beloved in the waves of the lake.
To die in cold as he wailed “Ach! Tamar!”

Her love was felled in hatred’s face
as Tamar’s torch was doused by her kindred.
And her beloved was left to die
while she was dragged away into the night.

When the loss of love became too much to bear
in search of her beloved, Tamar jumped!
Into the water to be with her lover
a mermaid to hide from the cruel world above.

To this day, the wind still tells their story.
“Ach! Tamar! Ach! Tamar!” is heard along the shore!
And grief still fills the atmosphere,
where once a story of love did dwell.